James is an English rock band from Manchester, which was formed in 1982 and enjoyed popularity throughout the 1990s. The band's best-known singles include "Come Home", "Sit Down", "She's a Star" and "Laid", which also became a hit on American college radio.

Guitar and Percussion for the 'Extraordinary Times Tour' in Australiasia, South Africa & Dubai 2018.

Ella Eyre, is an English singer and songwriter. She is best known for her collaborations with Rudimental on their UK number one single "Waiting All Night" (2013), which won the 2014 Brit Award for British Single of the Year, with DJ Fresh on his single "Gravity" (2015), and with Sigala on their singles "Came Here for Love" (2017), and "Just Got Paid" (2018). Her debut EP, Deeper, was released in 2013 and her debut album, Feline, was released in 2015. 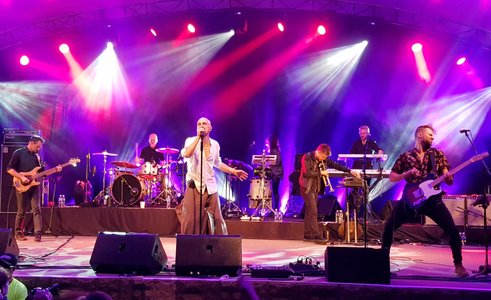 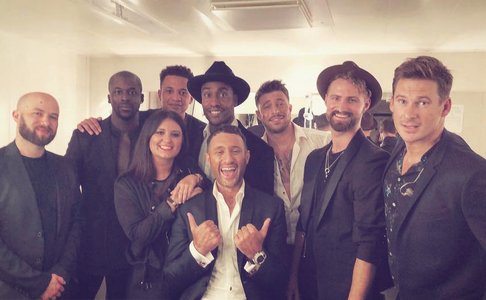 Blue are an English boy band consisting of members Antony Costa, Duncan James, Lee Ryan and Simon Webbe. The band originally formed in 2000 and has released three studio albums, All Rise (2001), One Love (2002) and Guilty (2003) that all peaked at number one in the United Kingdom alongside releasing 16 singles, over a four-year period. The group also worked alongside artists such as Stevie Wonder, Elton John and Lil' Kim. In late 2004, the group announced a hiatus and released their first compilation album, Best of Blue, on 15 November 2004.

British modern country music duo, composed of 22 year old twin sisters Catherine and Lizzy Ward Thomas (born 28 March 1994) from Hampshire. The band has been called "Britain's first country stars". Along with The Shires, they are producing modern country music with a British twist in a genre dominated by American singers and bands.

The duo have released two albums with the most recent release 'Cartwheels' making it to Number 1 in the UK Albums, UK Country & Scottish Albums Charts in October 2016.

Melbourne born singer-songwriter Cloves aka Kaity Dunstan based out of London and tours worldwide. Her debut album is due out in 2017 and features "Don't Forget About Me" from the soundtrack of the 2016 film "Me Before You".

I have been on the road with Cloves for over a year having played a sold out US tour supporting 'James Bay' 2015. During our time in L.A. I tracked guitars with 'Mike Crossey' (Producer - The 1975, Jake Bugg, Arctic Monkeys). Pushing into 2016 Cloves performed strip back sets at numerous festivals in the UK,Europe, USA and Canada.

Originally based in the UK, the Tenors of Rock are an all male vocal group with a reimagined live rock experience. The band are made up of former West End and Broadway leads and  rose to fame as the finalists on the 2013 UK X Factor. Formed in 2010, the Tenors have performed all over the world but made Las Vegas their home in January 2017.

Spanish singer-songwriter, Ruth Lorenzo was a finalist in the British TV talent show The X-Factor 2008. Releasing the single "Burn" in 2011 she entered the Spanish Singles Chart at number 16. Later she represented Spain in the Eurovision Song Contest 2014 and came 10th with her song "Dancing in the rain". In 2014 she released the album "Planeta Azul" and entered the Spanish Album Charts at number 3.

After The X-Factor, I worked with Ruth on the live shows in the UK & Europe.

Having performed on may tours and festivals with Jim it was only fitting that we did the full album together. I tracked numerous rhythm and lead guitars throughout the record and featured my own composition,"Grey Matter". A song I'd written and finished off with Jim for the album.

Based out of London, UK the band built up a large following across Europe and the UK. Built from the ground up the band toured relentlessly for many years and could rely on a loyal fanbase. A self produced debut album "Wrong Side of the River" was released in  2010. Since then producer Simon Changer (David Gray, James Morrison, Michael Kiwanuka) came on board to fullfil the next run of singles.

A number of the singles and tracks were co-written by myself.

Based out of Brighton, UK, the band formed whilst studying at the Brighton Institute of Modern Music in 2007. Working with producers/engineers such as Mark Flannery (U2, Def Leppard, Depeche Mode, Yes) we produced our first EP's. Later the band signed to a new Los Angeles based Entertainment company "Indefinite Entertainment" headed by JJ Corsini. The band then went on to do another string of new sinlges such as "Last Chance Honey" wtih producer Stuart Epps (Elton John, Oasis, Robbie Williams, Led Zeppelin). Numerous tours, festivals and gigs followed in the UK and USA.

One off shows and performances with the likes of: